-The character's name was influenced by two silent films that inspired Bob Kane and Bill Finger to create both Batman and the Joker: "The Bat" (1926) and "The Man Who Laughs" (1928).

-The Batman Who Laughs is an alternate skin for Noob Saibot in Mortal Kombat 11 in the Kombat Pack.

​-Laughs was revealed to be the victor in the category of "Villain of the Year", which was decided through votes cast by fans.

True First: The Batman Who Laughs 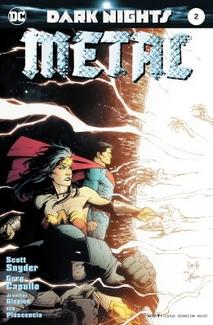 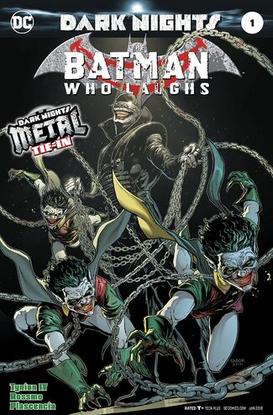 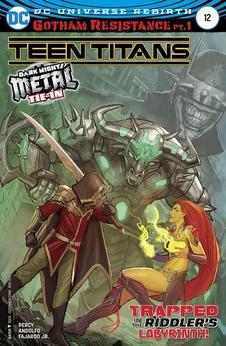 I go to comic shows I always hear a dealer

say "Someone said this was the first

appearance" or, "It said the first appearance

not sure about AND you want top dollar for it.

Get real, do your research folks. Even the

best of us who do read comics heavily will

According to BWL's creator Scott Snyder he told the fans that BWL's first full appearance in Dark Nights Metal #2 (1st full Barbartos & The Dark Knights). The other reason why fans ignored Snyder because TT #12 came out the same week and has a lower print run. Teen Titans doesn't have a high print, to begin with, and that issue was a Tie-In. If you read Dark Nights Metal #2 the story clearly takes place before Teen Titans #12 which would make DNM #2 the winner. Them claiming DNM #2 is a cameo is bullshit too, BWL speaks quite a bit and seen in multiple panels.

This a segment where we talk about possible earlier appearances in comics than what the so-called officials state. ​

Let's go back a tiny further to Dark Days: The Casting #1 where this would be The Batman Who Laugh's earliest appearance where him and the other Dark Knights are all behind the scene. They again show up as shadowy figures in Dark Nights Metal #1 (1st Robins). 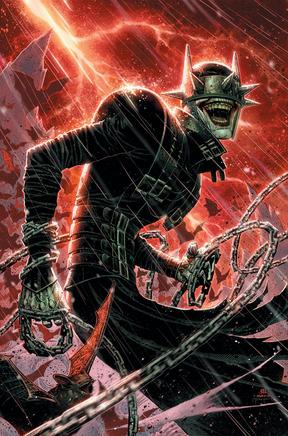