Earth's Mightiest Heroesteamed up with Robots In Disguise back in 2007. Now we need "The World's Greatest Super-Heroes" to come across the Transformers. This is a crossover that almost happened which still needs to happen.

The ultimate crossover and the only one that really needs to happen. Fans can finally get that official origin that Matt Murdock was the kid who dropped his pet turtles in the sewer during the mutagen car accident. Get Frank Miller to write this crossover plus have him and Kevin Eastman do a variant cover.

The Dark Knight meets The Time Lord. It's an old crossover but it's one the fans would eat up. I feel The Doctor's intellect would be too superior for Batman so you would probably see him display more physical skills and gadgets. Hell, maybe we could see The Doctor wearing Batman's utility belt. Far now this fan pic above is the closest we'll get to Batman and The Doctor teaming up.

Technically this crossover happened but with the Super Sons. In the Super-Sons / Dynomutt crossover, we learned the Blue Falcon and Dynomutt were a part of Batman Inc but it was never told how Batman met the crimefighting duo.

A crossover most of us are surprised that never happened. I mean it is kinda hard to have The Punisher go up against The Predators. Heh, it's comics we'll figure a way to make this happen. 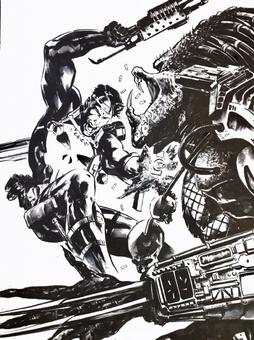 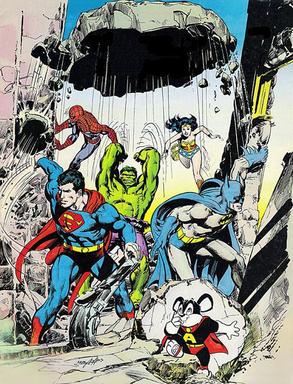 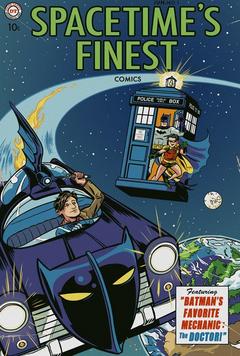 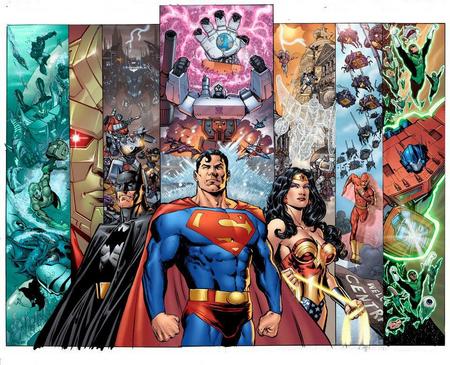 5 Crossovers That Needs To Happen

We, geeks, love crossovers, Superman vs Spider-Man, JLA vs Avengers, Batman vs Darth Vader, Goku vs Luffy vs Toriko and many more! There are still quite a few crossovers that haven't happen yet. Here are our five picks of crossovers we would like to see happen. 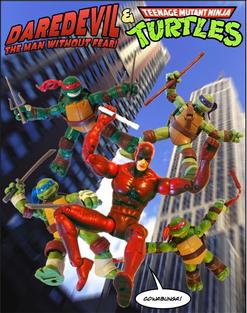