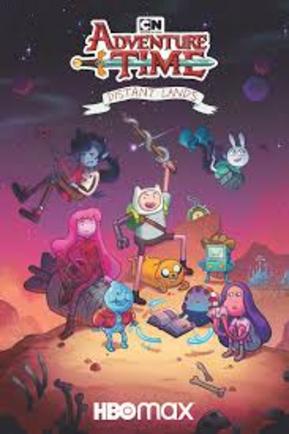 The adventure begins anew with the announcement that Adventure Time will return in four one-hour specials for the HBO Max streaming service.

Produced under the umbrella title Adventure Time: Distant Lands, the specials will — according to Deadline — “will follow unlikely heroes Finn and Jake, best friends who traversed the mystical Land of Ooo and encountered its colorful inhabitants.

-The first special is ‘BMO’, which follows the show’s lovable robot.

-The second special ‘Obsidian’ features Marceline & Princess Bubblegum as they journey to the imposing, beautiful Glass Kingdom to prevent an earthshaking catastrophe.

-The third special, ‘Wizard City’, follows Peppermint Butler, starting over at the beginning, as just another inexperienced Wizard School student, who must master the mystic arts in time to prove his innocence on campus.

-The fourth special, ‘Together Again’, brings Finn and Jake together again, to rediscover their brotherly bond and embark on the most important adventure of their lives.”