Now to get down to the nitty-gritty. So from the start, this movie is very troppy and super predictable.

-Constantine was gonna have to redeem himself for something. The classic died and meet your love in the afterlife. Most of you guys are familiar with this from Deadpool 2. Zatanna sends John back with a kiss. 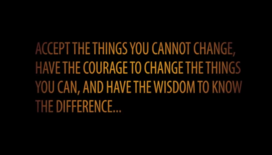 -The ending; The surviving Justice League makes it back to Earth only to find out it will be destroyed literally in hours by either magma or ice. Superman, of course, gives inspiring speech about how they can still save the planet while Constantine tells The Flash the only way to save everyone is by creating another Flashpoint. Barry reluctantly agrees and begins to run out onto the ocean to created another Flashpoint. As the "Flashpoint wave" comes to erase this universe Raven and Damian share a kiss as they and everyone else become nonexistent ending the film with a flash.

P.S.- Fuck Batman. That was one hell of a contingency plan.

Overall: I felt like the DCAMU was finally starting to find a footing in this animated universe to just have this be its final film and have it end like this. There were so many more stories they could've told. Far as this movie goes as I said earlier Apokolips War was very predictable and had a lot of tropes. The moment Constantine found out why Raven was having the headaches I knew Trigon was going to play a big part. Hell, I was thinking they should've freed him and sent him to Apokolips to kill Darkseid from the get-go. The movie had a few references from JLA: Rock of Ages and Justice League: Darkseid War. I was hoping this would be a better adaption of The Darkseid War but it wasn't. I really don't know what the point of this movie was aside from rebooting another animated universe.

I felt like I wasted my time watching this film.

​Now on Apokolips, Superman, Raven, Robin, Constantine, and Etrigan battles through Darkseid's hordes until the New God himself makes an appearance. With a desperate attack from Constantine distracting Darkseid long enough for the surviving Justice

League member to Boom Tube back to Earth. 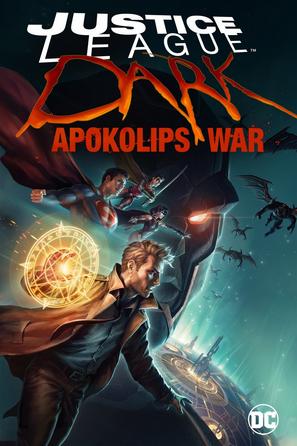 -Etrigan was my favorite character in this film. I was really upset when he died. I can see Deebo playing Etrigan in a live-action film.

​2 Years Later on an "Apokoliptic" Earth, Raven, and a Kryptonite poisoned Superman seeks Constantine's help into locating Damian Wayne. They locate and recruit Damian into helping them go to Apokolips for a final

attempt to save the world. To do

that the Suicide Squad helped

Superman and the others infiltrated

Lex Corp to Boom Tube the

to help the Resistances get to

Apokolips while the Suicide Squad

and the remaining Earth heroes hold the forth against Darkseid's forces. 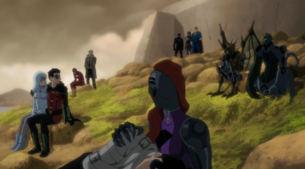 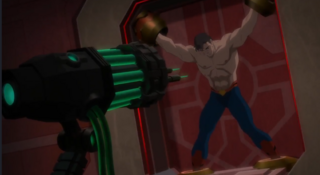 on his body to bring him back". Sure enough, that shit happened. It reminded me when Andros from PRIS cried over his evil dead sister reviving her into a good person. With her father gone from inside her, she was able to unleash her true form. -Other things I liked was how most of the League died. It was cruel, gory, and unexpected to actually see. Batman looks awesome in his new suit. Trigon taking over Superman's body as a host freeing him from his Kryptonite poisoning was cool. It almost looked like Goku going Super Saiyan for the first time. With the power of Superman & Trigon beating down Darkseid was cake work. Too bad the death and love of Lois Lane overpowered Trigon's control over Superman's body expelling him back to a bodiless form.

​Back on a decimated Earth, the

together to figure a way to revive

-Darth Vader vs Luke Skywalker: The father is evil and only the offspring can save him. Batman gave Damian the ass-whooping of a lifetime. I thought Damian would have a chance since Batman sat in a bloody chair for damn near 2 years. As Batman defeated

"his burden", Darkseid tells him to finish Damian. Him remembering Joe Chill helped

break free of Darkseid's control. Darkseid tried to kill the Dark Knight for his betrayal but Damian stepped in to shield his father from the Omega Beams. Batman holds his fallen son like a dead Jason Todd.

The fifteen and final DCAMU (38 overall) film opens with an ominous message. Constantine wakes up next to Zatanna onboard the Justice

goes off alerting all active members to the

war room. Superman with Batman and

Wonder Woman at his side informed the

League they are going to Apokolips to kill

Darkseid. Some of the ​members were against

but Superman made it cleared this is going

down regardless. So the entire Justice League

goes to Apokolips leaving the Teen Titans on

Earth as the last line of defense on Earth.

The League arrives on Apokolips and as they

were heading towards Darkseid's castle he

was there ​waiting to ambush them.