Wut up fellow geeks and geekettes? I'm back with another Black Comic History for Black History Month! Today I'm going to talk about a Black Superhero from DC Comics you may not know about.

Superboy #216. He was the only resident superhero

of the island of Marzal who eventually became a

member of the Legion of Super-Heroes. The reason

why most people aren't aware of him because he

started off as a racial separatist. DC kinda swept him

under the rug and pushed Black Lightning as their

So back to Tyroc, the island Marzal existed in a

on Earth for several years at a time somewhere

near Africa. In the native tongue of Marzal, "Tyroc"

means "Scream of the Devil". Tyroc and his people were descended from African slaves who revolted on a ship during middle passage in the 18th century. Once all the slaves were set adrift, the liberated Africans settled on their own island off the coast of Africa and built a civilization. Unknown to them their island paradise had a "Brigadoon-like" existence and disappeared from this dimension on a regular schedule every 200 years. Basically left on their own, the islanders developed an advanced, highly technological civilization, with extreme isolationist tendencies (DC's Wakanda). Marzalians believed that the people of Earth had ignored their island. As a result, outsiders were not welcome on Marzal.

Creator Mike Grell had such a dislike of Tyroc he deliberately gave him the world's stupidest super-power and made him look ridiculous. His costume was a mixture of Elvis Presley Las Vegas and a pimp on the street corner. Grell said he physically-based Tyroc on the football

player Fred "The Hammer" Williamson, who was a movie star at the time and was pretty much his contribution to Tyroc.

​Speaking of stupid super-powers, Tyroc possesses a reality-warping scream; the pitch, volume, and words of his scream produce a variety of different effects such as:

​Tyroc could fly using his initial powers or with the use of his Legion flight ring. The effects and range of his powers were regularly when he first appeared but later writers treated his power as simply being a "sonic scream" similar to that of Black Canary.

​Tyroc made 61 appearances before disappearing due to Pre-Zero Hero and won't really be seen until the New 52 in Legion Lost (which DC eventually canceled).

Before I wrapped this up I'm going to give you all a quick trivia note. Tyroc became vice president of Earth and later ascended to the presidency of New Earth.

That's all for now for this Black History topic. Thank you for reading, stay geeky, gang. 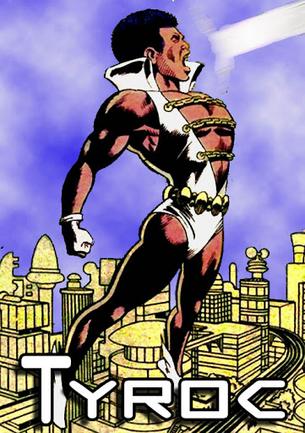 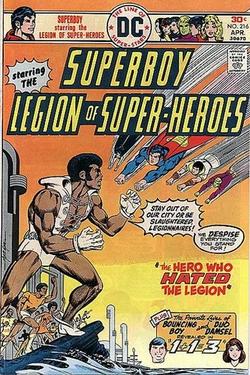