This is behind the scene of my photo shoot with cosplay superstar, Ani-Mia. BTS photos provided by director, The Geekpin.

Well that's it for my behind the scene shoot with Mia. If you want to see the rest of my photos from this shoot just click here. For more of my work you can follow me on Facebook and Twitter. 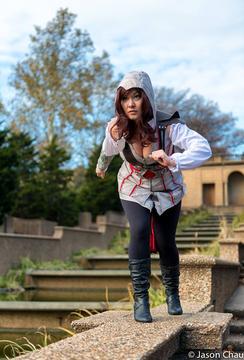 So recently we had the pleasure of shooting Ani-Mia as Ezio from Ubisoft'sAssassin's Creed. The base of her costume is by Costume SuperCenter, modified and upgraded by Mia. We went to a park in D.C. to shoot this character.

​We started off with some simple poses that looked Assassin Creedish. Geekpin suggested a few action shots

mostly because no one in cosplay do them. Had to shoot on the opposite side of the stairs to get the first photo due to the lighting and angle.

These next shots Mia was a real trooper in giving the fact The Geekpin had her climbing walls and hanging on ledges. 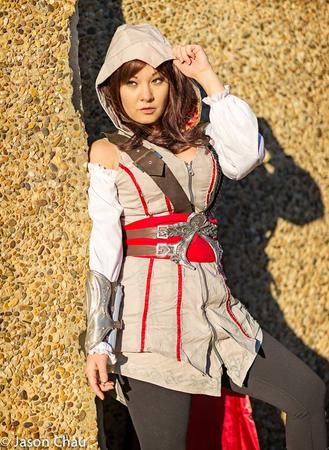 Here Geekpin tried to get Mia to jump off the ledge in a free fall dive position but she didn't believe her boyfriend could catch her safely (which I'm glad she didn't do). 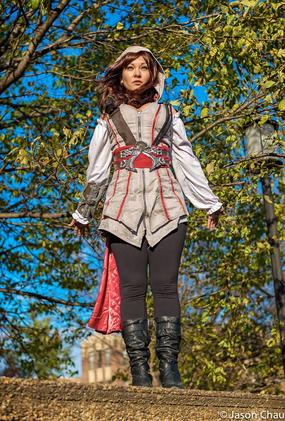 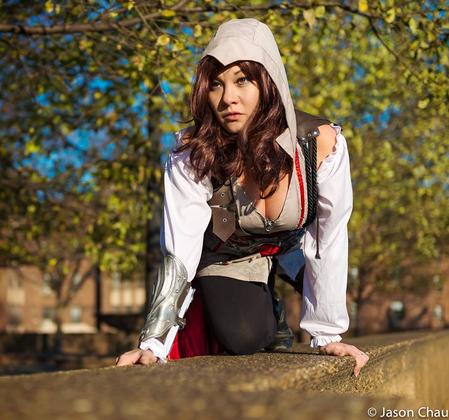 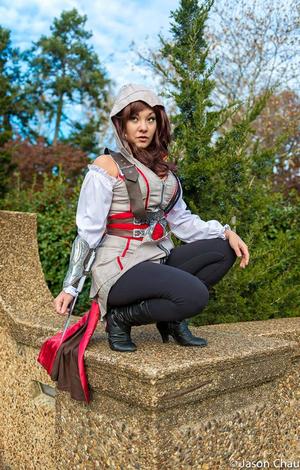 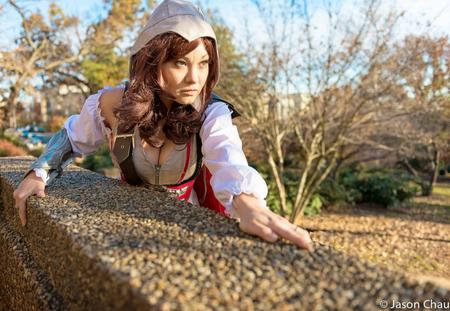 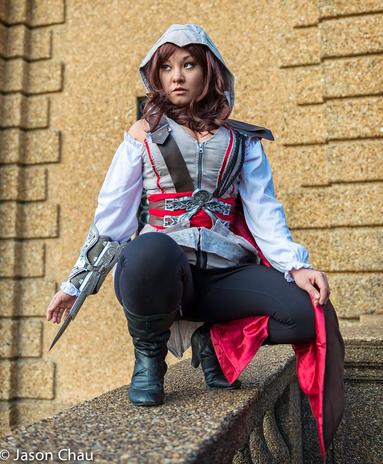