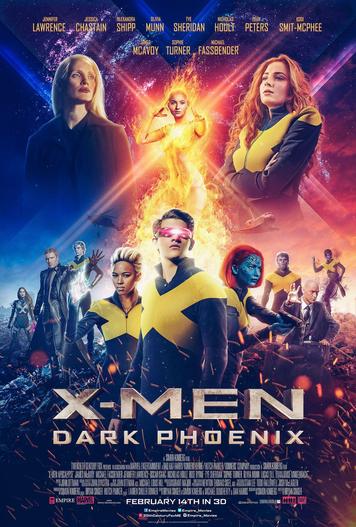 Plot: In 1992, the X-Men respond to a distress signal from the space shuttle Endeavour, which is critically damaged by solar flare-like energy. While the X-Men save all of the astronauts, Jean is stranded and ends up absorbing all of the energy into her body. Jean survives the event, and her psychic powers are greatly amplified as a result. At the same time, she accidentally attacks her friends after a few mental breakdowns. Jean meets Vuk, the leader of a shape-shifting alien race known as the D'Bari, who explains to her that she has been possessed by a force of cosmic power which wiped out the D'Baris' home planet years ago. The power consumes Jean and the X-Men will have to confront their troubled teammate.

Review: Before the real review kick in I'm going to state how I felt from the trailers. Why are The X-Men wearing unified X-Suits when each of them had their own cool costumes? It still bugs me and it's not explained. Why did they kill off Mystique? Did she not survive in the utopia future via Days of Future Past? Jennifer Lawrence ruined the X-Men movie continuity after they fixed it.