As most of you guys heard Comic Pros and retailers are calling out for DC Comics and Marvel to save the industry by coming together and doing a crossover. It sounds great but what are our chances of this power move happening? We heard whispers of a possible crossover since 2018 via Scott Snyder and Jason Aaron.

If the Big 2 did team up again, I hoped they keep the DC vs Marvel continuity and universal physic laws for each universe created in JLA/Avengers by Kurt Busiek. For example, all of Marvel's mystics and speedsters' power increased tremendously in the DCU. In the Marvel Universe, the Speed Force doesn't exist and Superman is unaffected by Kryptonite & magic. If Marvel and DC decided to team up these are some of the crossovers we like to see.

-Whatever the title will be this should be the main book where everything begins and ends. Make this a 2 month 4 part mini-series. Marvel will release #1 & 3 at the beginning of each month and DC will release #2 & 4 at the end of each month. In between, they can make a bunch of monthly 2 part issues. Of course, because I'm a comic fanboy I do want to see certain characters duke it out such as Batman vs Black Panther, Captain Marvel vs Shazam, Thor vs Wonder Woman, Darkseid vs Thanos (original fight never finished but I assumed Darkseid was winning), Superman vs The Sentry, Deathstroke vs Taskmaster and Wonder Woman vs Captain Marvel. Also, bring back Access. Confirm that Mr. Myx and The Impossible Man are one and the same

-Let's go big with two mythology powerhouses. Thor of the Norse Gods and Wonder Woman of the Greek Gods. I would like to see these two go head to head. I hope whoever writes this keeps the lore of Wonder Woman being worthy of Mjhnoir.

-Given the fact they're both kinda, a minority street-level superpower team makes this ideally a good crossover. The New Warriors title just came back into play and doing badly with its controversial new characters. Maybe teaming up with Batman can make their appearance more accepting among readers and in the series since Batman has a way with young folks.

-DC & Marvel's best street-level teams coming together will probably be the crossover with the most fun. I would have all the Batgirl and Birds of Prey team featuring Harley Quinn and Luke Cage, Iron Fist, Jessica Jones, Misty Knight, & Collen Wing be in this crossover title.

-The most logical crossover book. Have the Fantastic Four meet DC's parody of them. I would say I wonder who is smarter Mr. Fantastic or Mister Terrific but I'm pretty sure it will be Reed.

-So this natural looks good on paper until you realize most of the folks from Young Justice are a few years older than The Champions. The reason for this crossover simply because they're all still young heroes and there is quite a bit of them on both teams. Some can butt heads and some can develop a young romance. I can see Miles and Sideways being good friends and Nova butting heads with Superboy.

-This might seem a little weird due to the age differences but these two teams are quite similar if you put them in a brawl against each other. Robin vs Cypher; Red Arrow vs Mirage; Kid Flash vs Sunspot; Roundhouse vs Mondo; D'Jinn vs Magik; and Crush vs Chamber. Add Beast Boy to the team and he can duke it out with Wolfsbane.

-The ultimate crossover every comic fan old and new has been dreaming to see. The two master archers and their respective ex female bombshell coming together for one explosive adventure.

-Space. Super strong girl power. Nuff said. Seriously it would be interesting seeing how Mullein would handle traveling to another universe and fighting possibly Skrulls or Kree warriors. Captain Marvel is a very relatable character hero wise they might learn something from each other.

Green Lantern / The Guardians of the Galaxy (Marvel)

-Same deal with Jo Mullein, a few Green Lanterns could've possibly been traveling together and went through wormhole splitting them up across the Marvel Universe. Hal Jordan (& Guy Gardner) crosses path with the Guardians.

-One of the titles I most would look forward to seeing. I would love to see how the Justice League of China would interact with the Agents of Atlas.

-The mystics of the Justice League take on the Immortal Hulk seems exciting and different. I'm definitely curious how they would handle the behemoth jaded immortal. 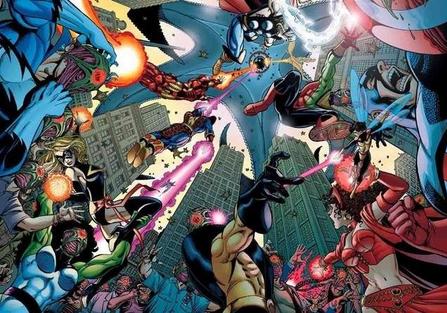 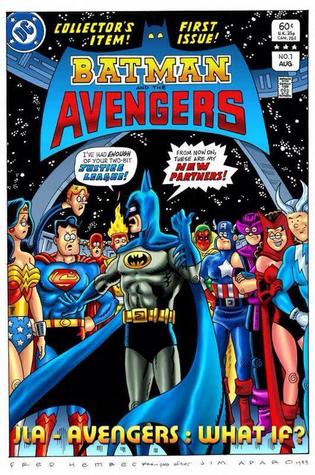