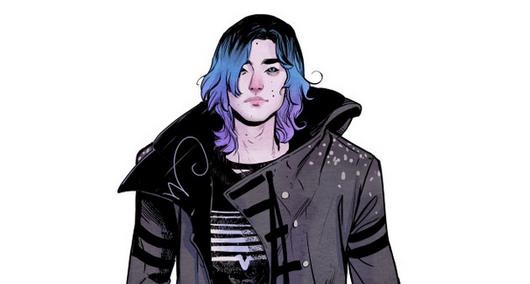 "Legacy series are tricky things. You want to honor the stories that came before, stories in which readers have a huge emotional investment, yet at the same time, you want to say something new. To get there, you have to ask the right questions. Ruin evolved from a question I wrote down as I was plotting out The Dreaming: Waking Hours:

who haven’t we heard from yet?

The Dreaming is a vast landscape, and over the years

we’ve traveled through it with faeries, angels, demons,

and the occasional Shakespearean escapee. It’s hard to

We needed a walking plot twist.

Around this same time, I was going through one of my

rest. I found myself awake at 3 am thinking about how

delighted I would be to have a horrific nightmare right

about then because at least it would mean I was asleep.

Then came the epiphany: what if we put a nightmare at

the center of the story? What does it mean to have a bad dream as a protagonist? And then Ruin came tumbling out faster than I could write him down. A nightmare who falls in love with the person whose dreams he was sent to haunt. A nightmare who doesn’t want to be a nightmare and tries to change, who aches for a kind of human connection he might never have. It raises tantalizing questions from a storytelling perspective—if you have power that is inherently malevolent, can you simply choose to use it for good? Or is there more work involved? What do you have to sacrifice to become something better?

That was the genesis of our ‘lanky lavender lad,’ as Nick (Robles) put it. He’s very different from the other nightmares we’ve met in the Sandman Universe, all of whom live up to their names—they’re malicious and sadistic. Ruin, on the other hand, isn’t very good at his job. He’s soft, he’s shy, he’s awkward, he’s eager to please. He is as terrified by his own darkness as a dreamer would be. He makes this profound, heartbreaking effort not to frighten anyone. And he sets off on this quest to find the person he fell in love with, against all odds.

The insomnia passed, and I am once again a nightly citizen of the Dreaming. For now. So is Ruin, but while we—with our mounting anxieties and screen time and caffeine and stress—are increasingly desperate to live in his world, he, in his own way, is dreaming of ours."

We're looking forward to reading this. The Dreaming: Waking Hours #1 by G. Willow Wilson and artist Nick Robles hits shelves May 5 at your local comic shop. Thank you for reading and I'll catch you next time with more geeky info. Stay geeky, later, Vader. 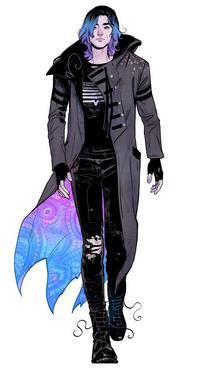 The Dreaming: Waking Hours—Who is Ruin?