​​​​Avengers: Endgame is a 2019 superhero blockbuster film based on the Marvel Comics superhero team the Avengers, produced by Marvel Studios and distributed by Walt Disney Studios Motion Pictures. It is the sequel to 2018's Avengers: Infinity War, and the twenty-second film in the Marvel Cinematic Universe (MCU).

Plot: Twenty-three days after Thanos used the Infinity Gauntlet to snap away half of all life in the universe, Captain Marvel rescues Tony

Stark and Nebula from deep space and

return them to Earth. They reunite with

They plan to retake and use the Infinity

Stones to reverse the disintegrations, but Thanos reveals he destroyed them to prevent further use. An enraged Thor decapitates Thanos.

Five years later, Scott Lang escapes from the quantum realm. He travels to the Avengers HQ, where he explains to Black Widow and Steve Rogers that he experienced only five hours while trapped. Theorizing the quantum realm could allow time travel. With the help of Banner and Stark, the Avengers go back in time to retrieve the Stones from the past to reverse Thanos' actions in the present.

Review: I'm one of the few people who didn't love this movie. Endgame doesn't even make my top 5 favorite MCU films. I saw this movie twice in the same night and it didn't hit me like everyone else. A lot of cool moments, some timey wimey

plot holes that bugged me and I hate

the fact they de-powered Thor and

Hulk to make Captain Marvel the

Thanos was not impressive and even

with the invincible headbutt. Hawkeye

aka Ronin was super badass! Definitely,

want more of him as Ronin. The time heist with Iron Man, Captain America, and Ant-Man was my favorite part of the three, time heists.

​NOTE: Comic speculators keep your eyes on the first appearance of the Invaders (Avengers V1 #71). 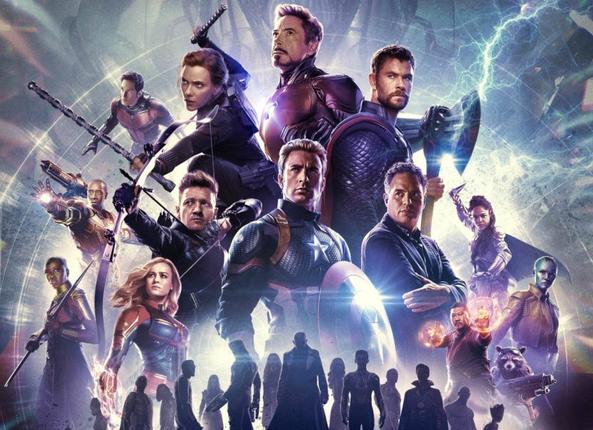 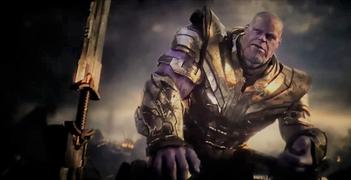