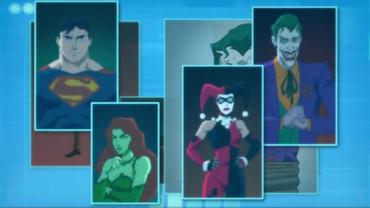 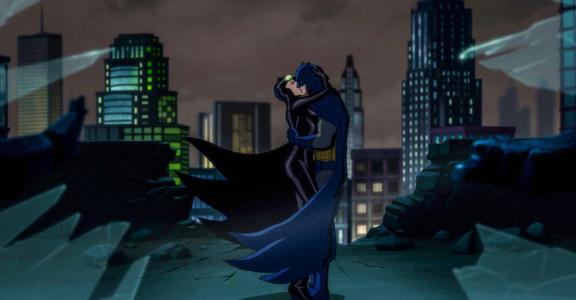 Batman: Hush is the 13th installment of the "New 52" DC Animated Movie Universe based on the "iconic" comic book story arc of the same name and is also the 35th overall film in the DC Universe Animated Original Movies line.

Plot: A mysterious stalker called Hush who is fiddling with Batman from afar, and it includes a large number of guest appearances (courtesy of Jim Lee) by Batman villains, as various members of the Bat-Family and Batman's close ally Superman. This story mostly explores the romantic potential between Batman and Catwoman (it'll make you think about Tom King'sBatman: Rebirth run).

Review: I never was a big fan of the Batman: Hush storyline mostly because it was a cluster fuck of a story. Pretty much what happened was Jim Lee came to DC and they were like "What would you like to

Jeph Loeb had to make a story

using all those damn characters.

known to be a groundbreaking

story but all the fans today only

beat Superman). The most memorable thing about Batman: Hush is the villain Hush, Batman vs Superman, Batman kissing Catwoman and it's drawn by Jim Lee.

Far as the film goes it's adapted well enough to make a coherent movie. Some things I questioned why was Killer Croc replaced with Bane (I think he's going to be in a possible Suicide Squad animated film). It was great watching Damian giving Bruce tips on "carnal affairs". This film mentions it's continuity with Reign of the Supermen with Lex Luthor being a member of the Justice League. Some other small and big changes to the film such as Bruce doesn't own the Daily Planet (but he did wonder what would happen if he did), Lois Lane doesn't know Bruce Wayne is Batman and the identity of Hush is different (which was probably the best part of the film).

Following the success of this film DC could do a DCAU continuity adaption of A Death in the Family (mixed with a little bit of Cold Days), The Hunt For Robin / Robin Rises (could pass for Justice League film) and War of Jokes and Riddles (which I didn't like but could work for an animated adaption).