m7781: Great! A bit hungover from the holidays, but good otherwise!

The Geekpin: Where are you currently based at?

m7781: My current base of operations is just a couple minutes outside of Toronto.

The Geekpin: Can you tell us a little bit about yourself? #OriginStory

age for toys, cartoons and breakfast cereals! So that

being said I grabbed onto those things and never

really let go. My older brother is an even bigger nerd

than me, and his love for comics was infectious!  He

was always buying new comics and he would pass

down the comics he was done with down to me,

that’s when I really developed my love for comic art.

Since there was no Internet or 24 hour cartoon

networks back then, I had nothing but time to draw

my own crappy versions of the cartoons and comics

I loved. Ever since then whatever time I have I

dedicate to drawing stupid crap that makes me laugh.

m7781: Yup! That is my birthday! That’s some mighty fine detective work!

The Geekpin: My friends do call me

Batman. How did you get into drawing?

Do you have a goal or is it just for funsie?

m7781: My only artistic goal really is

just to be able to keep drawing as a

profession. I do draw for fun too; all the

stuff I post online is my creative outlet to

get out my stupid ideas.

If you like checking out cool geeky mashup art, than you'll love this deviantart artist. 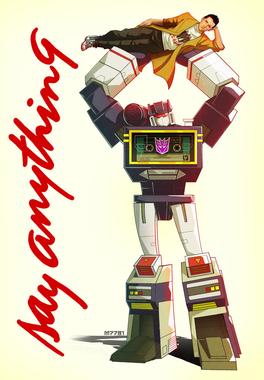 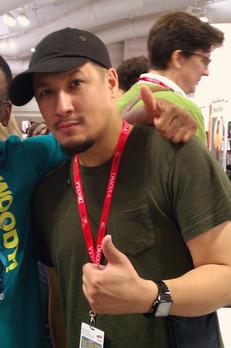 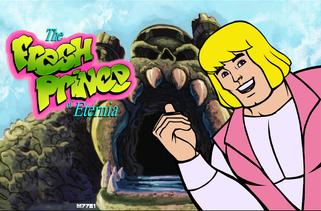 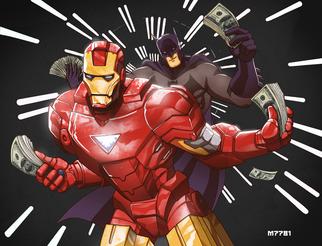 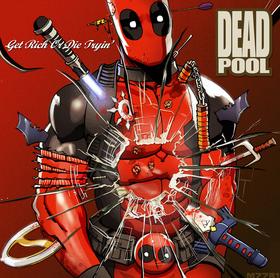 ​The Geekpin: You have a lot of interesting team ups. How do you come up with these ideas?

m7781: Ever since I was a kid playing with my toys it would always be fun to mix up whatever was

in my toy box. I would make He-Man do battle with Megatron, or have Cobra Commander throw

down Captain America. There were no

rules and everything made perfect sense.

I also got a kick out of TV characters

Mr. Tappeared on Alvin & the Chipmunks.

So as soon as I picked up a pencil to draw

everything was fair game the only limit was

my imagination. Since nothing is off limits

its just fun to team up characters and put

them in weird situations. I pretty much draw

crap to amuse myself; I am just really appreciative that anyone out there likes anything I do.

​The Geekpin: Do you have any favorite TV Shows, comics, anime and etc?

m7781: Favorite TV show ever hands down early 90’s Simpsons. I could watch that til my eyes bleed!

But what I am digging these days is Game of Thrones, Boardwalk Empire and Arrested Development.

Favorite comic, all time Milligan and Allred’sX-Statix, just because it was kind of quirky and very well drawn. What I am currently reading these days is The Walking Dead, Hawkeye, Invincible and Saga.

Anime, I am really really behind on anime, but if I had to pick I’d say Samurai Champloo. My favorite anything else… pizza.

The Geekpin: Who is your favorite character?

m7781: My favorite character has to be Deadpool,

just because in my opinion he can be just so multi

faceted, he can be funny, serious, badass, and

sincere sometimes all those emotions at once. All

the same reasons Homer Simpson is my favorite

The Geekpin: Do you attend any conventions?

m7781: I’ve only attended a few conventions so

far, Fan Expo in Toronto, Comic-Con in Montreal, and NYCC. I’d really love to attend more cons but as

a Canadian it’s a little harder to reach all the cons I want to stateside… but hopefully someday.

The Geekpin: Do you have any other hobbies besides drawing?

The Geekpin: Deadpool vs Boba Fett?

m7781: I would have to give the nod to Deadpool, he just doesn’t know how to give up… well that and he is virtually unkillable!

The Geekpin: Where can the folks online find you? #ShamelessPlug

m7781:  For my latest stuff my deviantart is the best place to go m7781.deviantart.com.  My personal Website is www.marcodalfonso.com. I have a tumblr as well, m7781.tumblr.com. My Facebook and Twitter are the worst, but I am gonna try to make those better!

​The Geekpin: Before we wrap things up is there anything you would like to say or ask?

m7781: No no I think I’ve said my piece… I’ve even found out some stuff about myself during this interview. OH! I’ll be doing some color assists on Marvel Now’s Elektra featuring art by my good pal Mike del Mundo! So be sure to check that out!

The Geekpin: Thank you for your time Marco. It's been awesome chatting with you. We'll be looking forward to seeing more of your work in the future.