Salutation, hot geeks and geekettes, The Geekpin here. Earlier, I saw a private screening of Man of Steel thanks to Collectors Corner. Before I start my review I must make this known. This is NOT the Superman you all know or familiar with. This is a reboot for the DC Comics' "movie universe". 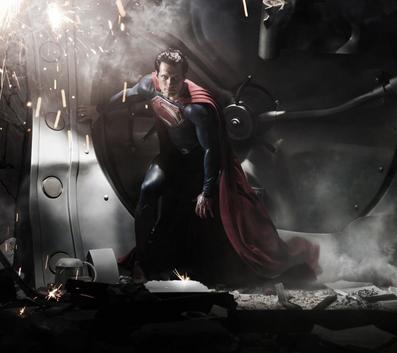 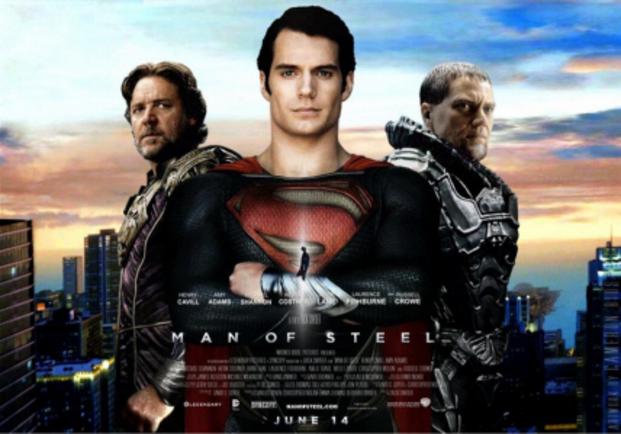 From this point on will be my spoilerific ramble. You have been warned suckers. I must say I LOVE this movie!

I'm filled with so many emotions! I literally cried like 3 or 4 times during the movie (yes I was deep in that movie). Man of Steel is the best Superman and comic book movie in my opinion! From beginning to end something exciting

was happening almost every 5 mins or so!

I saw the movie in 3D and it was visually

amazing! One of the best movies I saw in

Side note--The Hobbit trailer 3D was

so real! There was a scene where

someone was running through the trees

and I literally thought one of the characters

ran pass me. I took my glasses off as I

looked to my right and asked the person

next to me if someone ran pass here.

Yeah, I'm silly. I want to point out there

was enough ocean in the movie where

we could've gotten an Aquaman Easter Egg. The "super" fights were extraordinary! They were like a mix of Dragonball Z and Injustice. One of the things I noticed about the movie was Superman always needing The Sun to gain his strength back. It was like watching Birdman. I do like the idea where he wasn't really exposed to the sunlight through the majority of the film. That was like the first thing I noticed.

​​Man of Steel had practically every Superman character such as Supes, Lois, The Kents, The El's (Supes bio parents), Perry White, Jenny Olsen (formerly known as Jimmy Olsen), a young Pete and Lana, Dr. Hamilton and Guardian (someone most of you won't notice probably). Hell, I think the minister was a reference on Dr. Fate (wishful thinking). Easter Eggs you see are LexCorps Tower and tanker trucks, Wayne Enterprise satellite (I call it Brother Eye), Blaze Comics (Publisher of Booster Gold comics in DC Comics), and Utopia Casino (run by Tony Gallo who was the first person to bring Kryptonite to Metropolis in the comics). There were some promotional spots such as IHop, Sears and 7 Eleven. Even though Brainiac wasn't in the movie there were possible reference images such as Jor-El's building and Zod's Warships (I blame DC Universe Online). I love the homage to  Superman II where Supes got revenge on the bully trucker in the diner. Also, from Superman II, Non makes an appearance too but only in combat. Supes and Zod first encounter reminded me of  Superman and Brainiac's fight in Superman Unbound. Lastly, from what I noticed. The way Supes defeated Zod reminded of the outcome between Wonder Woman and Maxwell Lord.

Man of Steel is a great origin/reboot movie. I love the little flashbacks. It made Clark feel like he had a lot of conflicting emotions cause he was different from people and he had to wander around the world for soul searching. Seriously, this movie had me so pumped up and filled with energy. I feel like I'm over-hyping this movie but I don't give any fraks cause, Superman is the Kryptonian in charge! To give a fair opinion I need to see it 2 more times (best 2 out of 3) to see if I feel different about it. For now, I give it 5 Superman Hope's (aka "S") out of 5! Thank you for reading this. If you have seen Man of Steel, leave us a comment here on your thoughts of the movie. I'm so ready for more DC Comics movies! Until next time true believers. --End 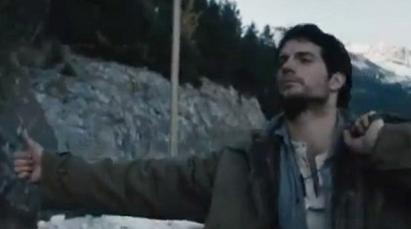 Eventually, Lois found Clark and they had a little chat. Later on, General Zod and crew came to Earth looking for Kal-El. He warned the people of Earth if Kal-El didn't turn himself in he was gonna destroy the planet. This is where I'll end the story here so you can go and see for yourself. ​ 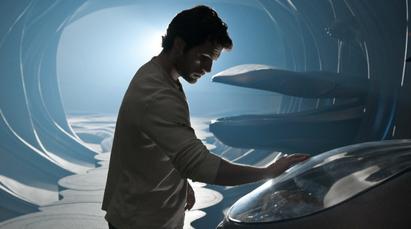 Now a general quick rundown of the movie without revealing too many spoilers. This movie was not what I expected. The movie starts off with Lara-El giving birth on a dying planet at war. General Zod had started a war on his

he would do better than what the

people of Krypton had done for many

years. General Zod and crew were

defeated and to the Phantom Zone

before the planet's destruction

​​About 33 years go by and you see a wandering Clark Kent in various places saving lives and disappearing. He reflects on his time growing up a lot. At some point, he ended up in Antarctica, where U.S. Military discovered something buried in the ice for over 20,000 years. Lois Lane arrives on the scene to get coverage on the story. She discovered the mysterious man (Clark) roaming around. Clark manages to come across what seems to be a spaceship. Inside he learns about who and where he came from til Lois was attacked where he quickly saves and leaves her wondering what exactly happened.​