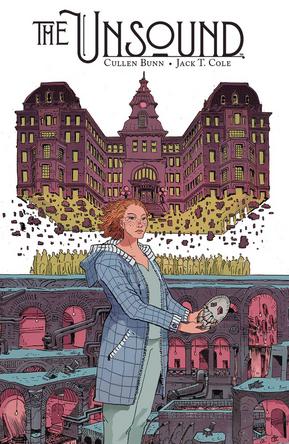 Netflix has obtained the feature film rights to BOOM! Studios’ The Unsound, and that

David F. Sandberg (Shazam!) will direct the film. This will be the first feature BOOM! Studios have taken to market since the Disney/Fox merger.

Written by Cullen Bunn with art by Jack T. Cole, The Unsound follows a psychiatrist who returns to the insane asylum where her mother once worked and is now a patient, hoping to quell a bloody wave of horror that’s been unleashed. As her quest reveals hard truths about her own past, she finds the hospital is hiding its own secrets of its own — and that she and her mother have more in common than she realized.