The Top Cow Productions/Image Comics series Port of Earth is being developed for TV by Skybound Entertainment and Amazon Studios.

a business proposition: open Earth as a spaceport for our customers to use and receive advanced technology upgrades in exchange.“When rogue aliens break the Port restrictions and wreak havoc

in different cities, however, the terms of the deal begin to change. Soon it is up to the Earth Security Agents to send them back to the Port of Earth. With The Consortium representing thousands of alien planets the series delves into political issues of exploitation, occupation, espionage, duplicity, technology and leverage, all in a gritty sci-fi setting.

Kaplan will serve as an executive producer with Top Cow’s Marc Silvestri & Matt Hawkins, and with Skybound Entertainment. 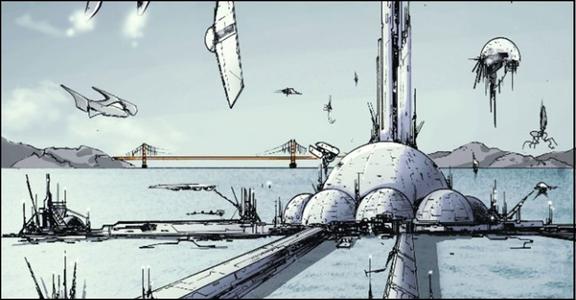