​​​Spoiler: The art & story isn't great if you're already familiar with the series. The new team is diverse and looks like characters from other publishers. The Flame looks like if Ghost Rider "fondue" The Phoenix.Captain Tootsie saves the new North Force team from annihilation. He asks the team to join him for a space adventure to finish off the stone men for good. Dragon proves that family is first and saving the world comes second bowing out and stays put on earth. Sending a message to the new team that the dragon might not be savage enough to stick around 😄.

You can find this issue hitting your LCS on June 2, 2021. That's all for my first review. Bear with me folks I'll be gearing up some more interesting stuff soon. Thanks for reading and make sure you follow Geekpin Entertainment on Facebook, Twitter, and Instagram for more geek news and shenanigans. You can hit me up on Instagram as well. Thanks again, I'm out.
​​​ 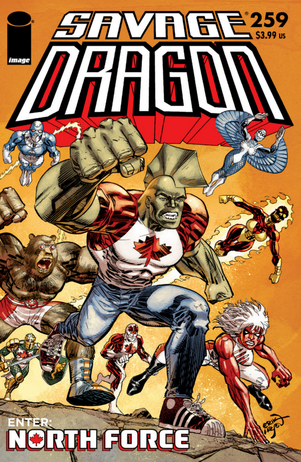 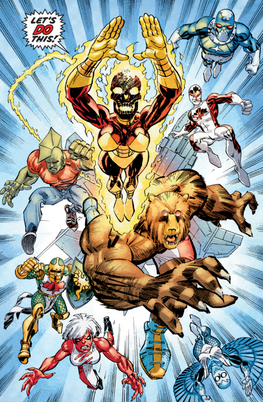 What's up comic fans, it's your boy ComicKeeper with my first comic review for Geekpin Entertainment. Today I'm going to give you a short semi-spoiler free review of Savage Dragon #259. “A NEW Force to Be Reckoned With!” The Canadian super-team North Force is looking to recruit a new member to their team: Malcolm Dragon. 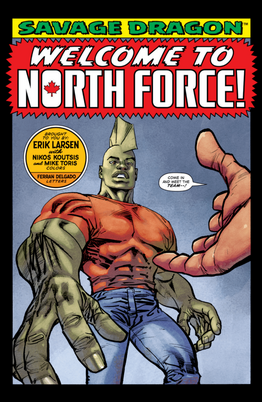