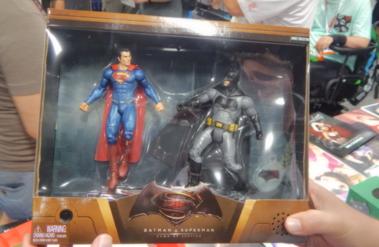 Things that didn't happened:Marvel Studios not making a presence this year. There were Marvel movie news for

X-Men Apocalypse, Fantastic Four and Deadpool but that's under Fox Studio and we only really care about the Deadpool movie. Supposedly there was a new trailer for Deadpool but we missed it doing other things.

Me personally, I'm kinda not feeling San Diego Comic Con. This con and city became a straight Zoo of people. I hate the fact people don't know how to walk. People are literally walking into me repeatedly for 4 days. SDCC really need to step up their badge game. For a $150-200 or however much you people pay to go to this convention they give you a shitty badge. It's a piece of paper with your name on it that goes in a laminated badge holder which has a lanyard attach to a safety pin. A safety pin. You know how many times this came a part? Too many times. That's how people lose their badges. Of course our host is aware of that cuz they're all about taking your money. Oh yeah, is it really necessary to have all 5 security guards who are a step and a half away from each other to check your badge before you get inside? Than after you get inside you have 3 more security guards who each have to check your badge. 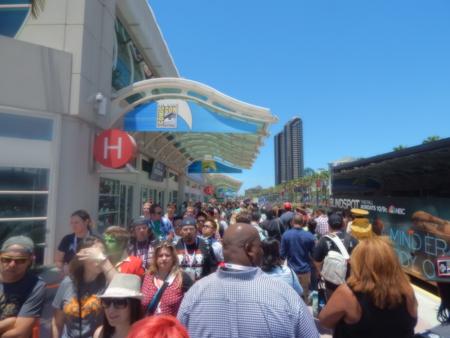 The Wrap Up: Here's my tip for all of you. SDCC is a con you should definitely attend once in your life but it's not the con you should do every year unless you're networking, press, or can't wait a year or so for the exclusives. If you go next year definitely eat at the Thai Kitchen (order the Angel Wings) and Hodad's. They're both located in Downtown / Gaslamp. Lastly, it was great seeing all of our friends & associates including meeting new ones. Hope to see ya again soon. Check out our photos and other SDCC extras. Stay geeky gang. Closing out Sneaky Zebra'svideo.

Nightlife: The best part of San Diego Comic Con is going to the after parties. Thanks to the folks from ComicWow

(Big Rick aka Geektography and "GG") we got to attend their party and Zenescope's rooftop party. Other parties we hit up were Adam Savage's tribute at Fluxx and a Dragonball Z Party with a bunch of fake ass DBZ fans. They had a trivia contest. First question was "How many planets did Frieza conqueror before he went to Namek?" No one there knew the answer accepted me. BigWhiteBazooka Photography was like you are a real DBZ fan. We all had 2 "Spirit Bomb" shots and received a free shot glass (thanks for the tip Megan).

San Diego Comic Con 2015 just passed recently as you all know. Quite a bit happened and quite a bit didn't happened. So let's talk about what happened. DC Entertainment

pretty much dominated SDCC with the trailers and

surprised signings from the cast of Batman V Superman

and Suicide Squad. Plus, with the DC Comics exclusives

Batmobile. If you went to the DC Booth you would get

to see the costumes from BvS and upcoming DC Comics

toys & statues. Lastly, their was a screening of Justice