Slugfest: Inside the Epic, 50-year Battle between Marvel and DC. The documentary series chronicles the growth of a new American art form — comic books — as it tracks the rise of two groundbreaking creative companies who went on to become the comics-publishing powerhouses, Marvel and DC. A race to the top fueled by competitive intuition and creative ingenuity, what resulted was an indomitable American industry, rising from its scrappy, disregarded roots to establish culture-changing mythologies.

Slugfest will be directed by Don Argott and Sheena M. Joyce, directors of the award-winning documentaries Believer and Framing John DeLorean. The series will be produced by AGBO CEO Todd Makurath, Peter Rieveschl, Nick Gilhool, and Jen Casey.

Slugfest will bring to light little-known stories from the history of this uniquely American art form. The men and women who were behind the creation of some of the best-known and most revered characters in the world will share their stories and reflect on the symbiotic relationship between DC and Marvel, whose rivalry pushed the medium to its greatest heights. The series features the stories of the remarkable behind-the-scenes endeavors and achievements that defined these industry titans: from the secret crossover inspired by the Halloween parades of small-town Rutland, Vermont, to the history behind the bone-crushing handshake between Superman and Spider-man, in the first official crossover. Each story is a gold nugget for fans of both DC and Marvel — helping fans dive deeper into the behind-the-scenes history of their favorite brands. 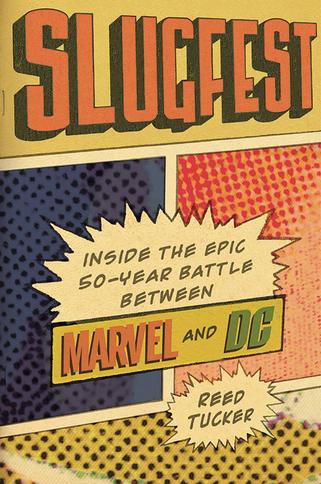