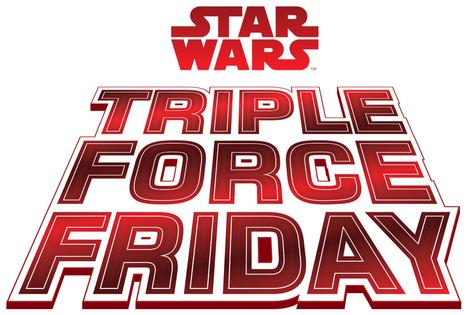 Lucasfilm and Disney have announced that Triple Force Friday, the latest in a tradition of Star Wars

product launches, is set for October 4.

Per StarWars.com:
The event will see the debut of brand-new products inspired by three of the year’s biggest Star Wars releases, including:

Products spanning categories from toys to collectibles, housewares, books, apparel, and more will go on sale beginning at 12:01 a.m. on October 4.

As with past Force Friday celebrations, stores around the world will join the festivities with in-store events and midnight openings.