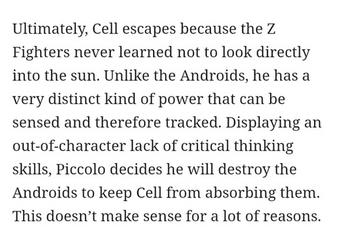 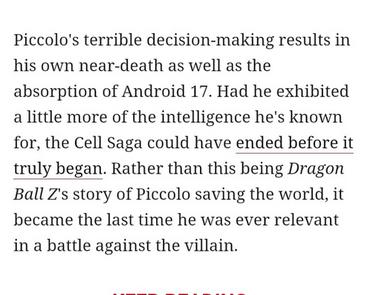 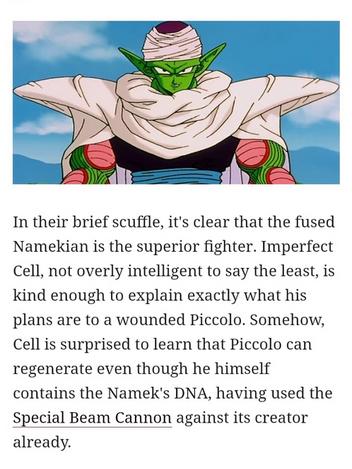 The latest topic we're stealing is the Dragon Ball Z's Cell Saga Should Have Ended With Piccolo by ​CBR. The reason why is because I'm a big DB/Z fan/expert and the CBR writer Ryan McCarthy is a doofus. I'm going to be commenting with the logical reasons under each screencap of what the CBR writer had written. Shall we begin...? 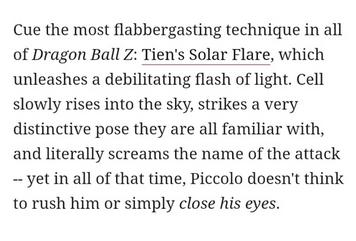 Look at how easily Cell punked Vegeta all because Vegeta thought he was stronger than Cell's perfect form. I also want to point out Cell used his intelligence to egg Vegeta into letting 18 be absorbed by Cell.

Well, that's a wrap for this Steal A Topic Saturday. Thanks for reading and hope this helps you see the Dragonball lore a little clearer than the garbage CBR posted. Catch ya all next time, stay geeky gang.

--Piccolo is my favorite Dragonball character and it's true he is not immune to Goku & Gohan saving the day. Can't say he made critical errors. He just fused with Kami and was still adjusting to his new strength and wisdom. 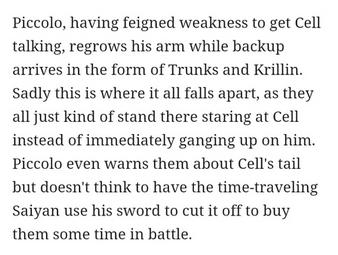 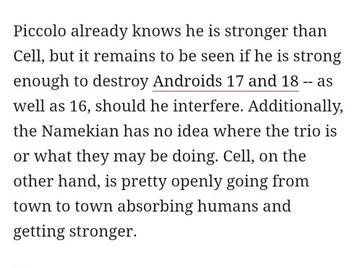 Side Note:​ I just wanted to say Piccolo vs 17 is one of the best & raw fights in all of Dragonball/Z/Super. 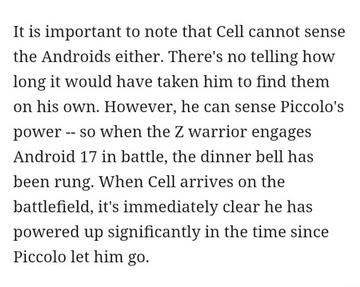 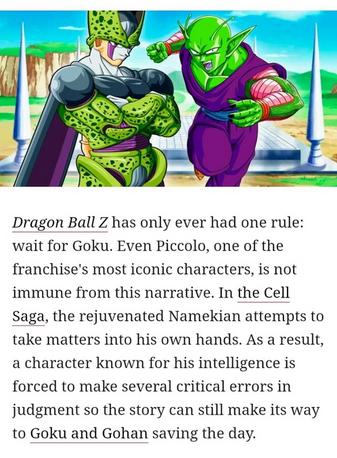 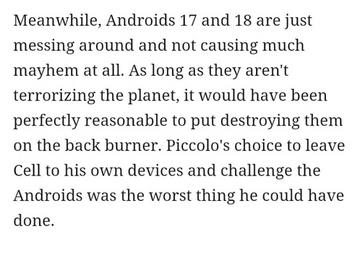 --The Androids not causing much trouble? They were looking for Goku so they could kill him. As I stated above they showed up at Master Roshi's house. Did you think they were going to leave if Piccolo & crew said Goku wasn't there? Besides Piccolo was staling them while the Saiyans were training in the Room of Spirit & Time. He was trying to destroy 17 before Cell found them. 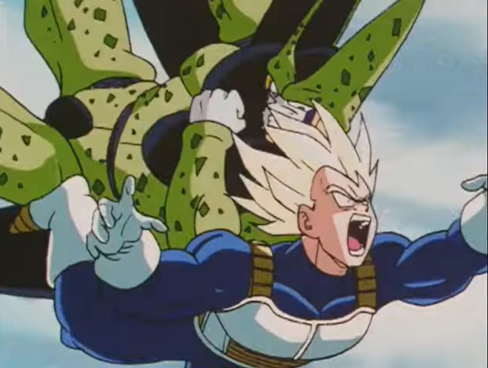 --Cell was pretty intelligent, he just had the cockiness of the Saiyans (mostly Vegeta) running through his "cells". I think Cell didn't expect Kamiccolo to rip his own arm off to regrow a new one.

Saga Should Have Ended With Piccolo 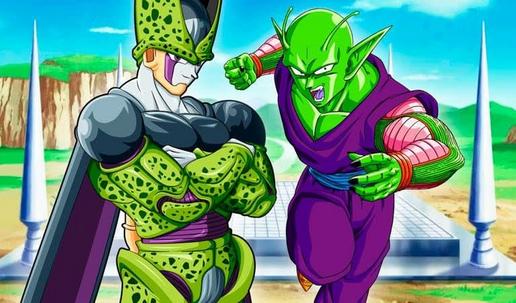 --The Solar Flare is one of the most useful techniques in the Dragonball series. Cell did use his intelligence by distracting Piccolo & company with some classic trash talk. Piccolo was unaware Goku/Cell could perform the Solar Flare technique. In the Japanese version, Krillin did recognize the technique but his slow ass was still trying to figure out what was going on. The Z-Warriors couldn't keep up with Cell because he kept dropping his power level down and disappeared whenever they got nearby. So destroying the Androids became the alternative plan plus they were trying to kill Goku.

And really Matt, you think Trunks was fast enough to cut off Cell's tail? Cell killed Trunks in his timeline.

--So with all that Piccolo didn't make any terrible decisions. He acted accordingly based on the situation. Piccolo was the only Z-Warrior holding his own against the Cell Jrs and he straight cut Babidi in half with his bare hand. If anything this article should've been about how the Cell Saga should have ended with Vegeta. That fool made terrible mistakes that literally almost got him, Krillin & his son Trunks killed.