3. The Court of Owls

The first arc and major crossover storyline of The New 52 by superstar team writer Scott Snyder and artist Greg Capullo. The story pits Batman and his allies against the Court of Owls organization as they attempt to cement their control over Gotham City, which they have been manipulating in secret for centuries.

What We Like About This: Great start for the New 52. Interesting new villains. Love the new high tech Batman had at his disposal. The whole upside down, sideways and longways feel during his moment of madness. Alfred having a codename is the best thing to happen in the Bat Mythos for the longest time.

8. The Death of Superman

The iconic Superman storyline centered around the (perceived), well, Death of Superman. The alien creature Doomsday served as the primary opponent, and it guest-starred the Justice League America.

What We Like About This: The most historical story in comics. This story originally caused a huge movement throughout the world. There were real-life memorials for Superman. His death touched the characters in the comics and everyone in real life.

Written by Brad Meltzer with art by Rags Morales. Following a tragedy in the hero community, an old wound is pried open that challenges many heroes at their core and mobilizes villains against them.

What We Like About This: Intense story that automatically draws you in and can't stop reading. Learning your heroes isn't as perfect as they seem. Lastly Deathstroke.

The comic book expansion of the story of the DC Universe Online MMORPG video game. The

series was written by the game's story co-writer Marv Wolfman and Tony Bedard with Tom Taylor penning issues 16 and 17. Originally announced as a 52-issue year-long weekly series, it was instead solicited as a biweekly series slated to have 26 issues.

DC Universe Online is set in the present day, but the opening cinematic sequence takes place in a gritty, war-torn future depicting a final battle between the world's greatest heroes and villains. This battle takes place in the ruins of Metropolis and features the deaths of several well-known DC Comics characters. The battle culminates with the death of Superman at the hands of Lex Luthor, leaving him and the Joker as the survivors. Luthor stands back to proclaim his victory, only to see Brainiac's war fleet fill the skies. So far, the comic has served to expand upon the events of Brainiac's return to Earth and has yet to visit the present-day DC Universe.

What We Like About This: The JLA accidentally left Aquaman in a water tank after they evacuated the Watchtower (sick sense of humor).

Darkseid comes into conflict with the Anti-Monitor. Darkseid's daughter Grail leads the Anti-Monitor, who is revealed to be a scientist named Mobius, to Darkseid for the former to kill the latter. Mobius believes that with the death of Darkseid, he will be free from being the Anti-Monitor. With Darkseid dead, the universe is unbalanced as it has lost its God of Evil.

The comic book crossover storyline consisting of an eponymous, central miniseries written by Geoff Johns and penciled by Ivan Reis, and a number of tie-in books. "Blackest Night" involves Nekron, a personified force of death who reanimates deceased superheroes and seeks to eliminate all life and emotion from the universe. Geoff Johns has identified the series' central theme as emotion.

What We Like About This: Collecting all the different Lantern Rings. It's one of the best storylines that doesn't involve Batman saving the day. Also, Black Lantern Batman would be so cool!

A Justice League storyline written by Mark Waid with illustrations by Howard Porter. It's published in the

The storyline deals with Ra's al Ghul taking down the League to cause planet-wide chaos. He uses stolen contingency plans made by Batman to take down his teammates, causing the team to distrust Batman. Ra's uses technology to disrupt the language-processing centers of every brain on the planet, making all communication impossible.

What We Like About This: It showed us Batman would be the most dangerous JLA villain.​ Love the fact Batman really can beat his teammates if he had too. 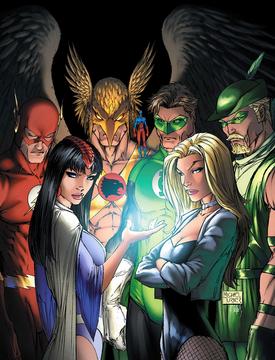 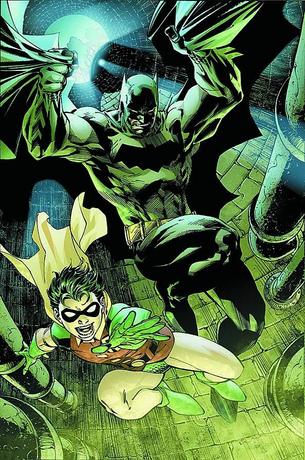 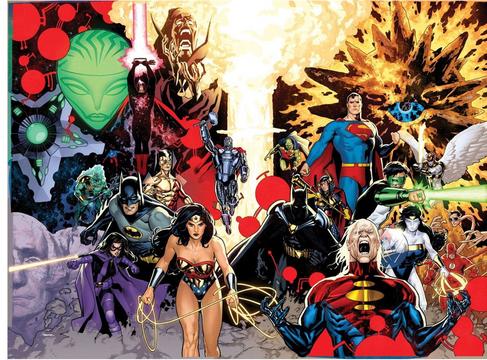 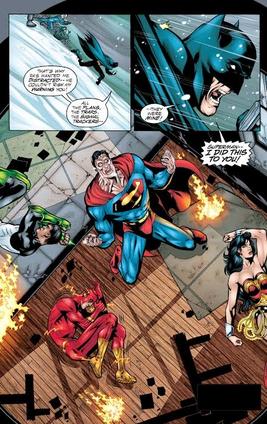 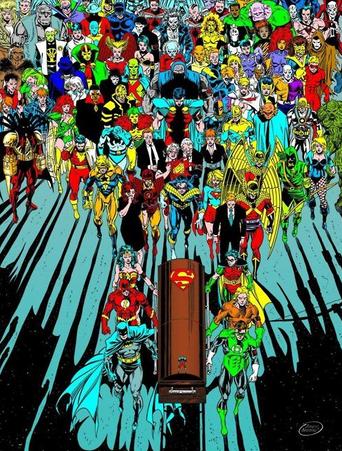 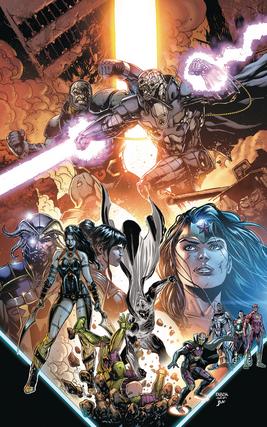 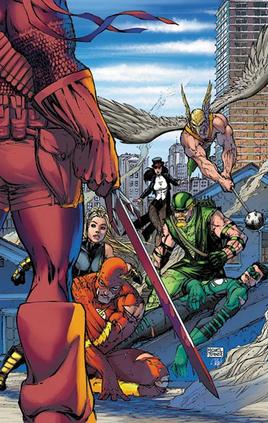 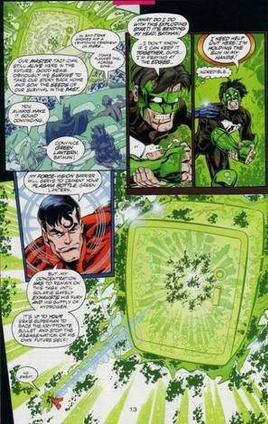 An ongoing comic book series that launched in July 2005, written by Frank Miller, drawn by Jim Lee, and published by DC Comics. It features stories set in the early stages of the career of Batman, beginning with his recruitment of Dick Grayson as his sidekick Robin.

What We Like About This: The Goddamn Batman and his famous goddamn line. Him having goddamn sex with Black Canary like a boss. The goddamn yellow room scene with Green Lantern. Jim lee's goddamn art. 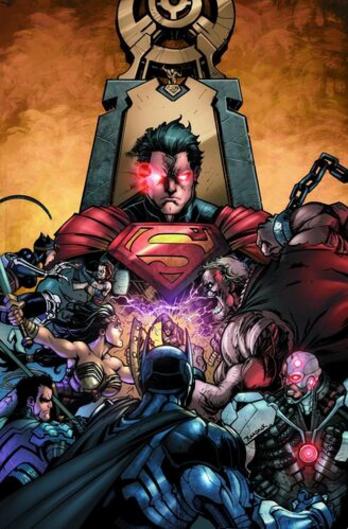 In the 853rd Century, the original Superman still lives but has spent over fifteen thousand years in a self-imposed exile in his Fortress of Solitude in the heart of our sun. The galaxy is protected by the Justice Legions, which trace their descent from the 20th Century Justice League and the 31st Century Legion of Super-Heroes, among others. Justice Legion Alpha, which protects the solar system, includes future analogs of Superman, Wonder Woman, Hourman, Starman, ​Aquaman, The Flash, and Batman. The miniseries was written by Grant Morrison and drawn by Val Semeiks.

What We Like About This: Just an epic story across a million years. With all the advancement the heroes from the future have it takes the Justice League of the past to defeat the future threat. The B-Team did a great job taking down the superior heroes of the future. Green Lantern containing the force of an exploding sun was sheer incredible and possibly impossible for any other Green Lantern.

The series that serves as the prequel to the Injustice: Gods Among Us fighting video game. The series takes place in an alternate reality, where Superman descends into tyranny following his family's death at the Joker's hands and establishes a totalitarian One Earth Regime.

In response, Batman forms an insurgency to fight back against the Regime.

The series was written by Tom Taylor and Brian Buccellato, and illustrated by a number of artists, including Jheremy Raapack, Mike S. Miller, Bruno Redondo, Tom Derenick and others.

What We Like About It: Great writing and character developments. Heroes vs Heroes! It was just great seeing how this 5-year prequel lead up to the game. 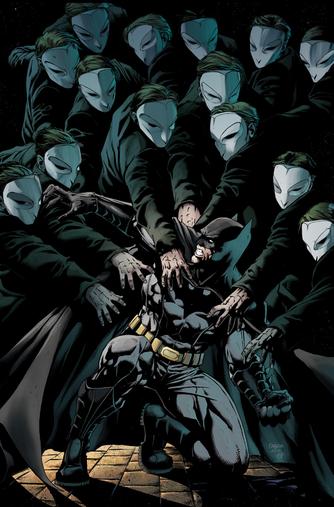 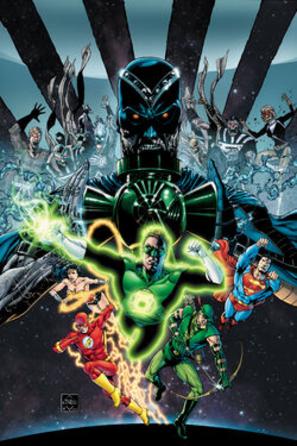 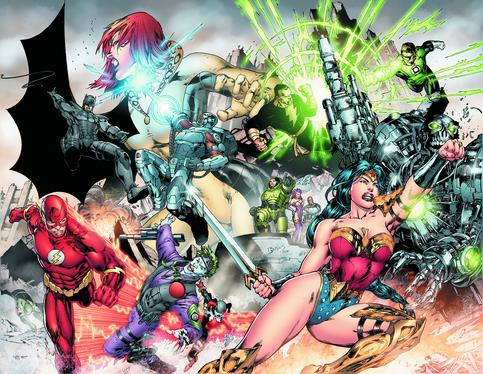 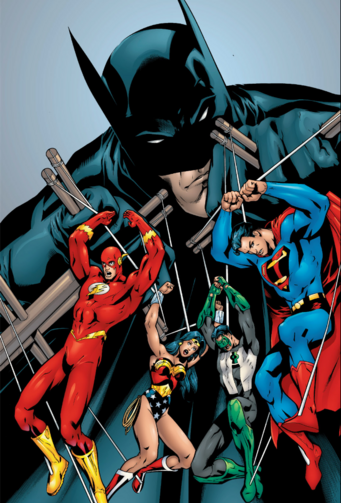