Reason: Third series opening of the Disney Era and this opening is just as strong and catchy as Dino Thunder.

Reason: Hitting the #1 spot is Zeo. Everything about Zeo was new and fresh. Overall the song sounds powerful making The Rangers feel unstoppable.

Reason: Everything about this opening is awesome from the countdown to the edgy sound of exciting adventures. 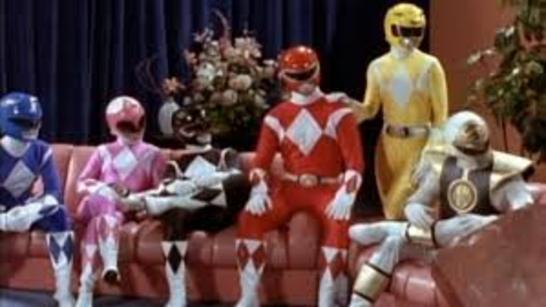 Reason: Lost Galaxy new world adventure opening almost sounds patriotic. This is one of my least favorite openings. It could've easily been #10 on the list.

Salutation fellow geeks and geekettes! This topic could've easily been a "Steal A Topic Saturday" article since everyone has covered this, but I decided not to. Anyway, these are my top 10 picks for Power Rangers opening songs. Enjoy and stay geeky.

Reason: The last decent series opening for the original Saban Era. Time Force had a treating opening that felt adventurous and fun.

Reason: The beginning of the Disney Era and it started off an amazing catchy beat and lyric.

Reason: One of my least favorite Power Ranger series but it has a catchy beat that can be enjoyed.

Reason:The OG song hits #2 because it's the first and a classic among hardcore fans. When you hear the song you know what's about to go down and if you didn't you gon learn today.

Reason: Second series opening of the Disney Era. The lyrics and beat start off astonishing and a little eerie than it goes into full jamming mode. This series is the first opening of the franchise that does not have "Go Power Rangers" nor "Go" in

Reason: Lightspeed Rescue hits the nail in the coffin with its opening feeling exhilarating like there were people who needed rescuing.

Reason:This would've been #10 if Turbo didn't suddenly speed by. What I also liked about this opening that it had actual lyrics unlike the Neo Saban openings before this.