TOKYO GAME SHOW started in 1996. It has grown to become an event receiving attention in Japan and elsewhere, with over 600 businesses and organizations exhibiting each year since 2016 and visitors exceeding 250,000 for six years in a row since 2013 (We covered that year). Expect more excitement than ever at Tokyo Game Show 2019, which has grown to the “world’s largest game show” increasing its presence in global communities. The theme for TGS2019 is “One World, Infinite Joy.” With dramatic advances in technology, games can now connect players around the world instantly, anytime and anywhere. Under this year’s theme, the event hopes to communicate the true value and possibility of games that a new level of experience and excitement shared among people, as friends and mates enjoying the same game together, will strengthen “ties” among people, and that games can provide even more fun experience.

In recent years, the game industry has seen an expanding range of titles, from casual ones to highly competitive e-Sports, and games are now enjoyed in many different ways. With the increasing number of game fans, expectations for Tokyo Game Show are also becoming increasingly diverse. The last year’s TGS 2018 was the biggest event ever in its history, with 668 companies and organizations from 41 countries and regions participating as exhibitors and 298,690 people visiting the exhibition. TGS2019 will have a further expansion of its Internet video streaming platform and contents, so that game fans who are not at the venue can also feel the excitement of TGS, together with visitors. The event aims for increased viewership in Asia and on a global scale. In the e-Sports field, which is attracting attention also from outside of the game industry, this year’s event again plans to hold championships in various genres at the giant "e-Sports X (Cross)" stage (details to be announced in April). In addition to improved usability with venue layout and easy-to-view stage setup, we are committed to enrich real-time gameplay content for streaming overseas and offer enhanced information on the event. Furthermore, the event organizer’s keynote speech program will be held focusing on new technologies, such as next-generation communication system “5G”, “blockchain” and “artificial intelligence (AI).” 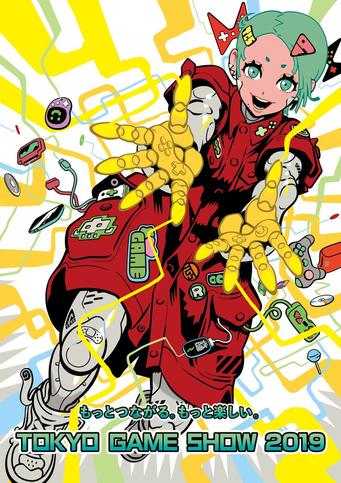