CCXP in Brazil received first look at the official trailer for Wonder Woman 1984! The

upcoming sequel film based on the DC Comics character Wonder Woman played by Gal Gadot, distributed by Warner Bros. Pictures. It is the ninth installment in the DC Extended Universe (DCEU). The film is directed by Patty Jenkins, who wrote it with Geoff Johns and David Callaham. 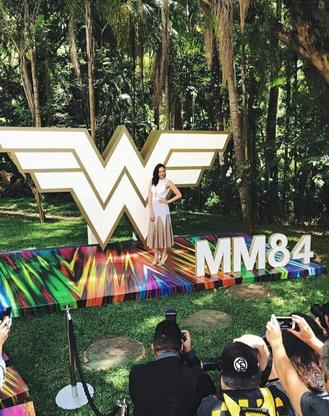