Hey fellow hot geeks, welcome back for some more geeky fun with Uncle Geekpin (time to put the whiskey down). Any hoot, today I'm going to tell you a possible way for Marvel Studios to bring the X-Men into the MCU. If I had my say I would make two movies and film them back to back. Mostly because the X-Men existed since the first Iron Man movie with the Blackbird easter egg. My way to enter mutants can possibly be told in one film if they use two of my important facts as flashbacks. Overall, we can get some great characters and future stories fleshed out within these two films. Plus, I really like the titles--especially the second one! Without further ado let the fanfic theory begin!

Story: Set a little after Winter Soldier. Due to Black Widow & Captain America releasing all the Government's intel S.H.I.E.L.D. had to the world. Henry Gyrich's & Essex Corps mutant research program, House of M was terminated. Gyrich continued his hidden agenda under the Sentinel Protocol with Trask Industries. Their Sentinels started eliminating all mutants the government had on record. The Sentinels unleashed a mutant massacre on the mutant island sanctuary called Genosha. There Magneto was it's leader and protector. He barely survived the onslaught. He enlisted the help of the X-Men. (**Note-throughout the film the  X-Men (especially Jean Grey) are conflicted if what they are doing is worth the risk because they are mutants.) The X-Men goes to Trask Industries to do battle with the remaining Sentinels and destroy the factory, but they were too late for what was about to happen. Trask had created the ultimate Sentinel, Nimrod. The X-Men engaged Nimrod in a near death battle with Jean ended being the last X-Man standing. In desperate attempt she realized this battle and all their troubles happens because mutants exist. Releasing all her psychic energy (unknowingly the Phoenix Force) she yells "No more mutants!" and obliterates Nimrod. Cyclops asked Jean what she did, she replies with she made everyone forget mutants exist. At the Essex Corps a mysterious figure (Mister Sinister) watched the entire battle from a monitor. With this turn of event the mysterious figure mentions how he has sinister plans for Jean Grey. -Film Ends.

*1st Post Credit* X-Men are mid deep in battle with Dark Phoenix. Cyclops is the last X-Man standing against Dark Phoenix unleashing his full power Optic Blast. During the power struggle Cyclops becomes dust snapping Jean out of Dark Phoenix  mode. She looks around confused and sees other X-Men (Rogue, Colossus, Nightcrawler, & Iceman) starting to dust away. She yells "what's happening?!" Professor X angrily screams as he dust away, "What are you doing to us Jean?!" Jean frantically says it's not her doing. Than Jean begins to dust away herself leaving Wolverine yelling, "Jeeeaaannnn!!!!" --Scene Ends

​**2nd Post credit** Flash Forward five years later after The Avengers Snap back everyone to reality. Wolverine just brought back Prof X & the revived X-Men (Cyclops is upset because Jean is missing) back to the X-Mansion and you see Jubilee (her film intro) is watching a political announcement on TV. Graydon Creed is running for senator/president and his first act in office is the termination of mutants. The X-Men realized the world remembers mutants.

Logan- "It was fun while it lasted."

So the sequel will explain how The X-Men "comes back" into reality to the world. I don't have a detail story but I do have an ideal plot and a key reason.

X-Men: Children of the Atom

Story: The film will take place minutes before The Avengers snaps everyone back. Wolverine is narrating everything that happened during the last five years starting from the X-Men disappearing during their battle with Jean.

The surviving X-Men, Wolverine, Beast, Storm, Gambit, Kitty, Psylocke continued running the Xavier's Institute with Magneto as the headmaster in honor to Charles death. They

started training a new team of young mutants called "The New Mutants". This team will be a mix from the original team & Generation X (Cannonball, Synch, M, Magik, Jubilee, Sunspot, Wolfsbane, and Quentin Quire).
Narrating ends with him teaching a class. Logan suddenly gets a telepathic cry from Xavier. Wolverine and Magneto takes off in the Blackbird to retrieve their resurrected teammates and learns Jean isn't among them leaving Cyclops confused and anger. The fallen X-Men returns to the mansion where they were joyfully welcomed back.

Go to my second post credit scene I mentioned from the first film--Wolverine, Cyclops (still upset because Jean is missing), and Professor X walks into the living room and see Jubilee is watching a political campaign on TV. Graydon Creed is running for senator/president and his first act in office is the termination of mutants. Logan says, "It was great while it lasted." The Professor thinks whatever brought them back to life also undid Jean's psychic block on the world. (Side Note:When the Hulk brought back everyone the combine gamma and cosmic wave erase Jean's telepathic effect around the world.)

Far as everything else goes Mr. Sinister and Graydon Creed will be the overall villains for this film. You'll learn Jean is alive and has become the Goblin Queen. This film will introduce The Morlocks, The Marauders (Goblin Queen, Riptide, Archangel, and Sabretooth) and Friends of Humanity.

**Note: Not sure if I want to make Gambit a spy for Sinister. I know I want Kelsey Grammar to reprise his role as Beast and go out with a bang by having him killed. I would add a post credit scene the birth of Astroid M.

Well gang that's my way to bring the X-Men into the MCU. If you enjoyed it please share it. Maybe Feige will use some of this as reference. Stay geeky, gang!

How To Bring The X-Men Into The MCU? 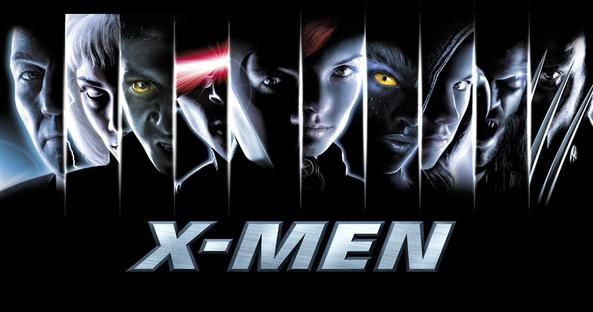