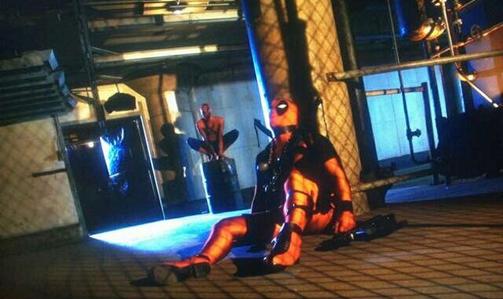 Scene 2: We go into a flashback where Wolverine was in Japan and he was gonna married Mariko. Mariko's maid distracted her with some girl on girl action. Afterward, they were both killed presumed by Silver Samurai or The Hand. Logan comes into the chamber upset to find Mariko and her servant dead. Flashback ends with Wolverine and Domino in some aircraft to Canada where Spider-Man hitched a ride.

Creed down by having sex. Wolverine, Domino, and Spider-Man come across Deadpool after their arrival. Wolverine snaps Wade's head and Spidey freaks out. They leave Deadpool's body on the floor and ventured on. Wolverine has a quick glimpse of the Weapon X Project. Logan tells Spidey to go back and keep an eye on Deadpool while Domino flank Sabertooth. Wolverine engages Sabertooth in battle.

Scene 5: Wolverine wakes up back at the mansion with Professor X and Rogue at his bedside. Logan learns from Xavier the Weapon X Facility is not where he was born but genetically altered. Wolverine goes outside to find Phoenix randomly sitting on a bench. They exchanged some quick words and then they started to have sex. 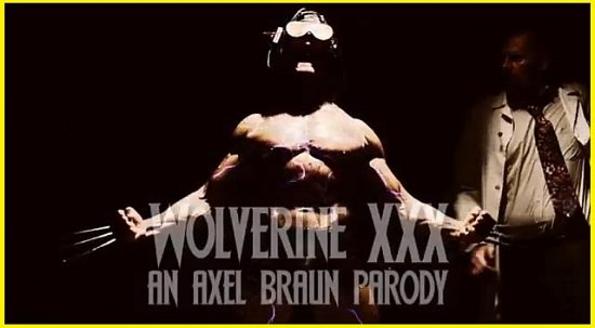 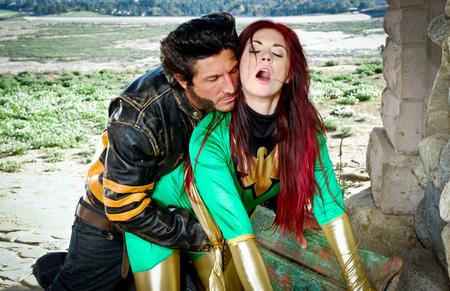 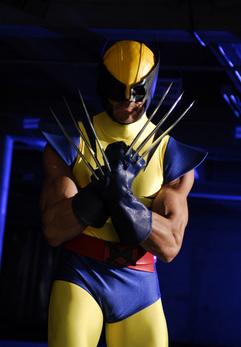 Closing Scene: Back at the Weapon X Facility, we learned Fury and Domino was working with "General Stryker" and Dr. Cornelius (that important part from earlier) to get Wolverine and Sabertooth's DNA cuz they were creating Wolvie's daughter, X-23.

--End Thoughts: The costumes were okay for

Spidey and Deadpool were kinda funny. I did like

Rogue mentioning how X-Men take care of their

own is a classic line. My only real complains are

virginity and Wolverine not saying bub or how he's

the best at what he does best. The best sex scene

was Wolverine with Phoenix. Overall it was a helluva 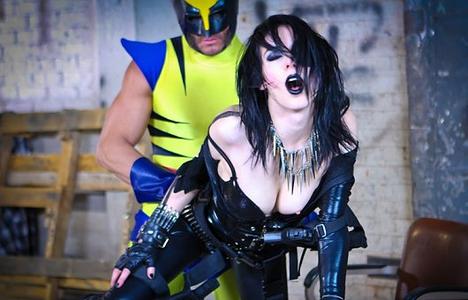 Synopsis: Wolverine is a mutant with an unbreakable skeleton, retractable Adamantium claws, and a healing ability that reverses nearly any wound. His past, however, is shrouded in mystery. Calling himself Logan, Wolverine has spent years trying to unravel the layers of his own history. Will Domino, a female mutant with luck abilities help Wolverine stitch together the threads of his past? And what about the insidious Sabretooth... can Wolverine help Domino find him? They track Wolverine's more brutal counterpart but must face Lady Deathstrike and Deadpool along the way. The trio proves too much for Wolverine and Domino; it'll take Phoenix and Rogue to save them! All knives are out as Axel Braun presents his new superhero epic, Wolverine!

Story Spoiler cuz we know you won't watch it!!!

Scene 1: The movie starts off with Wolverine waking up from being dragged by some guards and kills a few before Domino stops him. She shows Wolverine a video message from Nick Fury that he wants Sabertooth killed and not to have Wolvie know about it (this is an important part). Wolverine tells Domino he wants nothing to do with the mission and she "convinces" him with a lot of "luck" (aka sex).