Spider-Man: Far From Home is the latest Marvel Cinematic Universe (MCU) film and the conclusion of Avengers: Endgame, co-produced by Columbia Pictures and Marvel Studios, and distributed by Sony Pictures. It is intended to be the sequel to Spider-Man: Homecoming and the twenty-third film in the MCU.

Plot: Shortly after the events of Avengers: Endgame,

Peter Parker, who is mourning the death of his mentor

Tony Stark. He goes on a school trip to Europe with

his classmates. While abroad, he is recruited by "Nick

Fury" to team up with Quentin Beck, also known as

Mysterio, a master of trickery and illusion to battle

Review: Mysterio pretty much turned out as I expected. I'm kinda disappointed in the info from the trailer being false because now future stories I was hoping for is now null and void. Stay to till the very end for the awesome end credits. The last one got me thinking about some things I'll probably talk about in the future.

Score: I give Far From Home a 9.6 (Near Mint +). Thank you for reading my non-spoiler review. Stay geeky, gang. 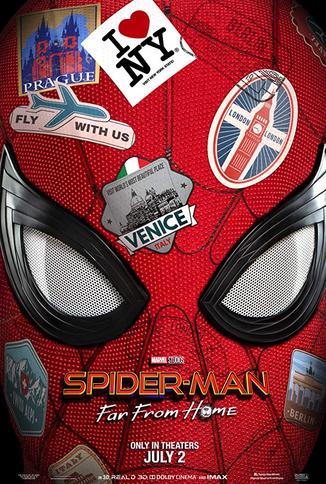 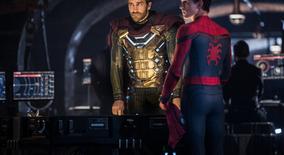