Aspen MLT’s flagship titles Fathom and Soulfire are bound for the silver screen via Mythos Studios, which has announced the creative teams behind the animated projects.

For Fathom:“Directing duo Kevin Adams & Joe Ksander (Netflix’s Next Gen) will lead this feature adaptation working from a screenplay by bestselling novelist and Emmy-nominated TV writer Kristin Gore (Futurama, Saturday Night Live). The title character is the transformed persona of Aspen Matthews, a marine biologist who discovers her secret heritage as a member of an advanced underwater species. Fathom was introduced in 1998 in the pages of Aspen Comics by the late Michael Turner, a fan-favorite artist who championed powerful female characters. (Mythos is now a co-owner of Aspen Comics.) The Mythos plan is for Fathom to usher in the TurnerVerse, another shared-mythology brand that would unite multiple franchises in a manner similar to the Marvel Cinematic Universe.”

For Soulfire:“Adams and Ksander will also direct this second bid for a superhero franchise that would ‘live’ in the so-called TurnerVerse. The writing team of Bo Yeon Kim & Erika Lippoldt (Star Trek: Discovery, Reign) is adapting Turner’s Soulfire comic book series, which was launched in 2003 by Aspen Comics. The story follows Malikai, an orphan who learns that he’s the heir of a long-forgotten age of magic, and Grace, the winged goddess who joins the youngster on his quest to restore magic in the world — a quest that will put the pair at odds with a dark and dangerous lord of technology.”

Both films have been in the early stages of production since February, but no release dates have been announced. 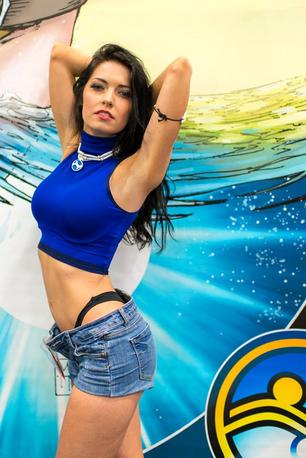