​The Geekpin: Hello Ms. Neon or is it Raining Neon?
It's Raining Neon: It's ne0n with a zero actually when it’s not being used in the
full costume handle context :0 little lesser known fact ^^ but you’re welcome to
call me DeAnna !

The Geekpin: How did you come up with your name?
It's Raining Neon: Well ne0n was my nick name

back in my wee chiddler days. I was always

computers, drawing and science. It was my friend's

suppose ^^. I modified the rest of the name later for

an online alias, wound up sticking for years to come.

The Geekpin: Describe yourself in a 140 characters.
It's Raining Neon: ermmmm an ever evolving

The Geekpin: From what I’ve noticed about you

over the last 2 plus years, you have always seemed

very creative. What made you get into cosplay?
It's Raining Neon: I've always loved creating. Even

when I was very young and well, when I was a wee one I got my hands on FFX-2 and said to my mom, “I wanna make an outfit like Yuna's” (about the same time I moved to Virginia from Wyoming) rest is history! xD I found out about 4 years later there are other people who replicate the costumes of characters they love and go to these things called conventions and I joined their ranks and met amazing people and here we are :3!

The Geekpin: What's your opinion on cosplay now versus ‘back in the day’?
It's Raining Neon: Hmmm, I think the scene has evolved a lot over time, good
and bad. But I can still ask a total stranger in the elevator what they are cosplaying from and by the time I get to my floor I'll be super pumped up about having a new series to start watching / reading / playing. So new or old, when you take the "politics" out of cosplay we're all the same old fans at our core.

The Geekpin: Do you have any advice for people with haters?
It's Raining Neon: Don't worry about them, focus on being the best you can be.

The Geekpin: Is there anyone who you admire or motivates you in your work?
It's Raining Neon: My mom :) I know that's like the last thing anyone would normally put here >.< but my mom is a huge inspiration to me and has supported all my crazy ambitions and projects my whole life and constantly inspires me to keep growing and learning <3

The Geekpin: So I hear you make clothing to wear at raves. Can you tell the folks at home and on their mobile devices about your rave wear and any other products you make?
It's Raining Neon: I have been fascinated and involved in the rave scene since a
youngish age and one thing I always loved about

it was all the fashion. People were always kind,

supportive, and wore the craziest attire! It brought

me so much inspiration for my art at the time.

Many years later, when I did learn to sew more

professionally, I started making the attire. Upon

from word to mouth I grew a small business :D

I am hoping in the near future to get to branch

out and start selling more male and plus sized

attire and to also start selling my fashionable

nerd attire I have sitting off stage left in my

sketchbooks. It's more casual wear than my

current rave attire but still has nifty flair that I

think a lotta people would love to see.

The Geekpin: Besides cosplay and fashion,

what other geekery are you into?
It's Raining Neon: I actually have a large array of interests from archery to four wheelers but, as far as the geekery goes, table top gaming, Magic the Gathering, comics, video games, karaoke, I love me some Kamen Rider don't even get me started, Super Sentai and Garo, cars, computers. I have a ridiculous fascination with astronomy. I enjoy taking things apart to learn how they work then putting them back together computers, lobsters, toasters etc. I love reading up on the latest in technology evolution, and speaking of reading, I'm a HUGE book worm. I'm reading at least four books right now! xD Book A.D.D. I'm trying to keep this list as condensed as possible or you'll end up with a six page essay xD haha!

The Geekpin: Batman vs. Spider-Man?
It's Raining Neon: Depends. Did Batman have prep time?

The Geekpin: Touche, sir ma'am. Do you have any future goals within the geek/cosplay community?
It's Raining Neon: I'd love to take this costuming hobby and go as far as having a costuming movie/game industry job one day. I realize this is very forward to say and rather ambitious but it's an ultimate goal of mine that I hope, one day, to reach. Also, to succeed in having my own small business so that maybe me and my creativity can one day contribute something back to the community that's shown me so much support.

The Geekpin: Imma tell you secret. When I met you at Anime USA in 2010 I thought about asking you if you wanted to be part of the League of Hot Geeks. I didn't ask cuz you glowed like a shining star that belongs in the heavens. By the way, you should go listen to My Shine by Childish Gambino.
It's Raining Neon: xD Aww! You flatter this lil lady!

The Geekpin: You have a secret you would like to share? Bwahahaha!
It's Raining Neon: My cat is going to be my new public page admin. Shhh! Don't tell!!!

The Geekpin: What other conventions/events will

you be attending this year?
It's Raining Neon:San Diego Comic Con,

be others but for now this is all I'm plotting. ^^'

The Geekpin: Before I send you back to the

heavens, is there anything you want to say or ask?
It's Raining Neon: Sometimes I wonder if cats

can taste themselves. And thank you for taking

the time to interview me. The viewers/readers

don't know this but I made these guys wait an

unfair amount of time for me to do this interview

while I was tearing my hair out over finals /

The Geekpin: Thank you and thank you for your time. We hope to see more of your incredible work in the future.
It's Raining Neon: Gracias! I hope to continue to impress. 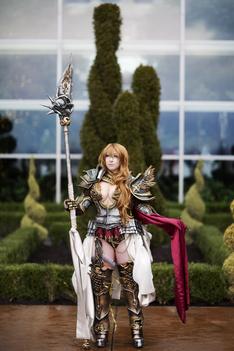 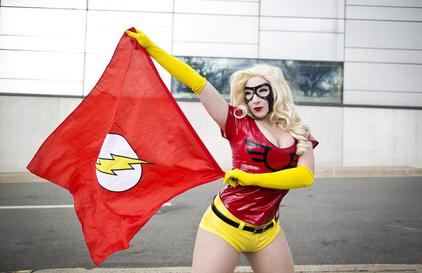 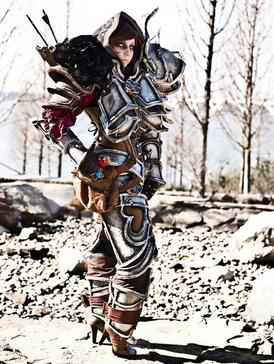 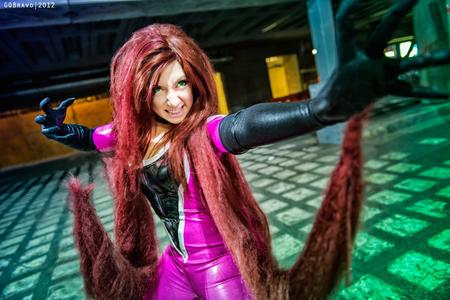 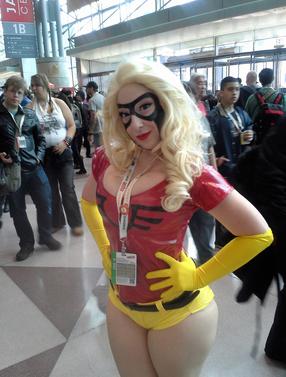 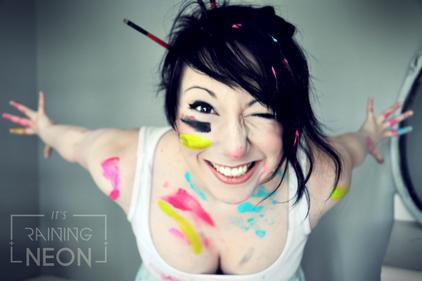 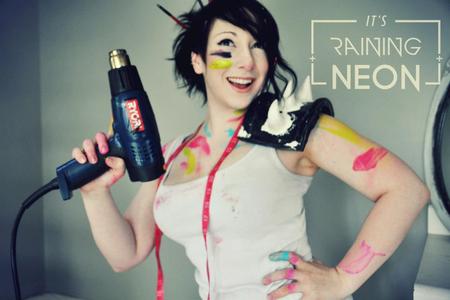