Synopsis: Keystone Comic Con is the ultimate place in the great city of Philadelphia to immerse yourself in comics, movies, TV, gaming and so much more. Geeks gather to the Pennsylvania Convention Center in August to meet your favorite creators and celebrities, shop geeky gear, and connect and have fun with other fans just like yourself!

Review: This is the second year I attended this show

attendees wise than last year. Due to the lack of

attendees last year there were fewer vendors to

grading (my biggest draw), the guest was still pretty

decent, minibars all around the showroom floor, and

some cool fun activities. I managed to pick up some

So let's jump to Sunday. Sunday was the game-changer for the entire con. I went and checked out the last few minutes of the Tom Holland panel. Pretty cool guy. He iterating some things he had said at D23 Expo on the

Sony & Disney feud over Spidey. Once the

panel was done the flood gates of Heaven

had open for vendors and guests. The

in A MASSIVE LOT of attendees. It was

incredible. I think he brought in more people

to con than Stan Lee himself (rest his comic

soul). Tom Holland was not only the hero of

Keystone Comic-Con but he was the peoples

champion too. Long before his panel was over

tickets were sold out to get a photo op or sig from him.

Even though Keystone Comic-Con hasn't hit the level of C2E2 or NYCC attendee wise it's one of my favorite cons to attend on a personal level. I like being able to walk through the con and not get bumped or squeeze through a sea of people. I like being able to buy comics for a decent price or getting sketches done and meeting creators. It makes me miss Reedpop's​ Special Edition New York Con (check out my old review for that).

Overview: I highly recommend this con if you like to buy comics and get your books graded or if you like going to Philly. I still need to try a steak and cheese from here. Thanks for reading and remember, stay geeky gang.
​​​ 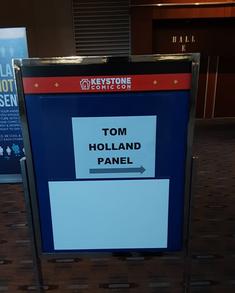 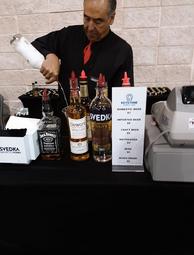